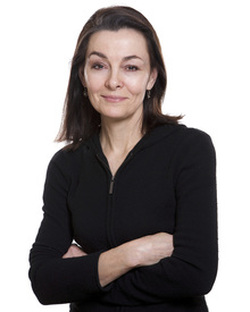 Catherine Boone  is Professor of Comparative Politics at the London School of Economics and Political Science.  She is a political scientist interested in patterns regionalism and political-economic development issues in Africa, in comparative perspective. Her work is or has been funded by the UK Research Council ESRC, LSE International Inequalities Institute, LSE STICERD, the SSRC, Fulbright, the World Bank, Harvard Academy, the American Academy of Arts and Sciences (ACLS).

Professor Boone is author of Merchant Capital and the Roots of State Power in Senegal, 1930 -1985 (Cambridge, 1992), Political Topographies of the African State: Rural Authority and Institutional Choice (Cambridge, 2003), and Property and Political Order: Land Rights and the Structure of Politics in Africa (Cambridge, 2014). It won APSA's 2016 Luebbert Book Award for best book in Comparative Politics.

She was elected as a Political Scientist to the American Academy of Arts and Science in April 2020.


She has served as member of the Board of Directors of the African Studies Association (ASA), 2009-2012, chair of the ASA Publications Committee, (2011-2012), member of the Executive Council of the American Political Science Association, member APSA's  Comparative Politics Section executive council, and Chair of the Political Economy Organized Section of APSA (2014-2016). She serves as board member of several journals and book series including the Cambridge Studies in Comparative Politics series and the CUP Elements series, Associate Editor of World Development, and on the editorial boards of the American Political Science Review, Comparative Politics, Journal of Modern African Studies, and African Affairs.   She is past Secretary of the African Politics Conference Group, and Treasurer and President of the West African Research Association,  which oversees the West African Research Center in Dakar, Senegal.

Here is a "The Prof. Talks" radio interview on land institutions and conflict.